SINGAPORE — When Madam Suzanna Chua first suspected that her 10-year-old son had autism, she did what many parents might have done: She turned on the computer and googled “autism”.

The 36-year-old teacher then clicked on the websites that appeared high up in the search results and read the recommended “remedies”.

“Anything that comes along, I would give it a try,” she recounted. “Especially if (the recommendation) comes from another parent, I would think it is safe.”

But some of the purported remedies only made things worse, such as certain essential oils which Mdm Chua believes made her son become more irritable.

It is knowing that there is a “lack of good resources” online that spurred Dr Ng Kian Bee, a neuroscientist, to come up with a website and a mobile application called Better Carer.

It is expected to be officially launched later this year.

Through the one-stop educational platform, parents and caregivers may learn more about autism, how to manage a child with the condition and how to deal with particular symptoms, among other things.

Besides Dr Ng, the other people behind Better Carer are Adjunct Associate Professor Ong Say How, a psychiatrist from the Institute of Mental Health, and Assistant Professor Kee Ying Hwa from the National Institute of Education. The project is supported by SG Enable and Tote Board Enabling Lives Initiative Grant.

Dr Ng, who is a deputy director from Nanyang Polytechnic’s School of Interactive and Digital Media, said that after speaking to experts, caregivers and teachers, he realised that there is a “knowledge gap”, especially among caregivers.

“Because of this gap, many parents will go to the Internet,” he said. “And when they get there, they see information like, ‘My friend tried this and it worked for his kids’. Then, they would be tempted to try it, too.”

Some, like Mdm Chua, would find out that what works for one child might not work for another.

There is also a lot of misinformation online. For instance, the condition might not even be what one thinks it is.

Autism, or Autism Spectrum Disorder (ASD), is a neuro-developmental condition that affects one’s ability to interact with others, alongside other abnormal behaviours.

Dr Ng said that unlike other physical conditions that can be diagnosed, autism can only be discovered through behavioural observations by a professional.

“As its name suggests, ASD is a spectrum — there are very mild ones and very extreme ones,” he explained.

“Then, there is no actual way to measure it. You cannot take a blood sample and decide that the child has ASD.” 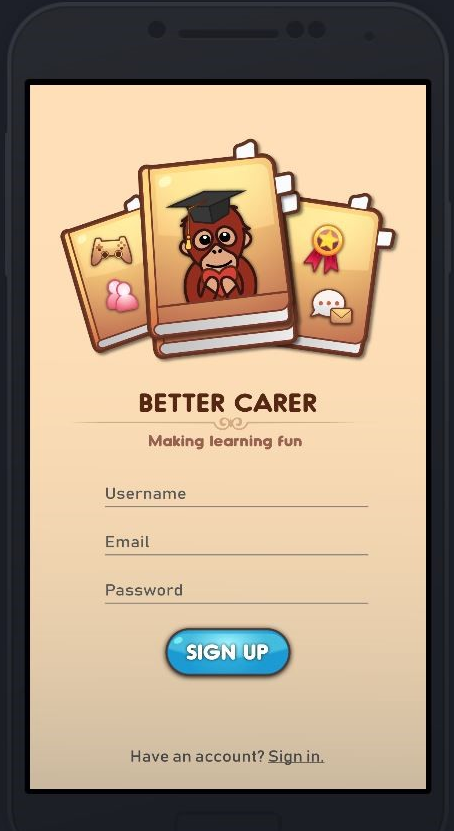 Given the complexity of the condition, Dr Ng said it is vital that the information available on Better Carer is easy enough for people to understand.

For a start, his team will translate medical jargon into bite-sized information. They will also use animation and games to make the learning fun.

“You can have all kinds of interesting knowledge, but if you present them in a way that is not suitable for them to consume, they don’t learn anything,” Dr Ng said.

He hopes that Better Carer will empower the online community with proper knowledge of autism, so that they can pass it on.

“We believe that the entire burden of learning (about autism) cannot be just on a few scientists, the medical professional and so on but rather the community,” he said.